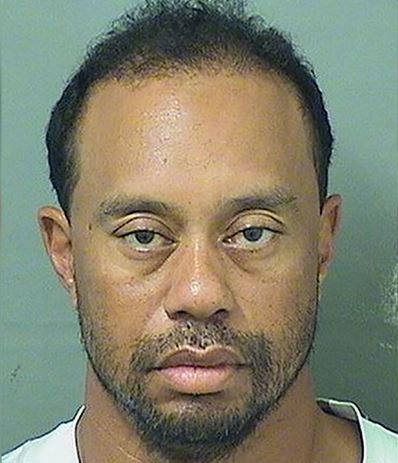 Following his release from Palm Beach County Jail several hours after being arrested for suspicion of driving under the influence, Woods released a statement to CBS News addressing the incident and explaining the circumstances surrounding his arrest.

"I understand the severity of what I did and take full responsibility for my actions," Woods said. "I want the public to know that alcohol was not involved. What happened was an unexpected reaction to prescribed medications. I didn't realize the mix of medications had affected me so strongly."

Woods went on to apologize for his actions.

"I would like to apologize with all my heart to my family, friends and the fans. I expect more from myself, too," he said. "I will do everything in my power to ensure this never happens again."

Woods added, "I fully cooperated with law enforcement, and I would like to personally thank the representatives of the Jupiter Police Department and the Palm Beach County Sheriff's Office for their professionalism."

Police are expected to release additional information, including a dashboard camera recording of the arrest, on Tuesday.

A spokeswoman for Jupiter Police in Florida tells CBS affiliate WPEC that an officer pulled him over around 3 a.m. on Military Trail in Jupiter. Woods was taken to the Palm Beach County Jail and booked at 7 a.m., according to court documents obtained by ET. He was released without bond just before 11 a.m.