'THE FRESH PRINCE OF BEL AIR' CAST REUNITED ... Minus the Moms! 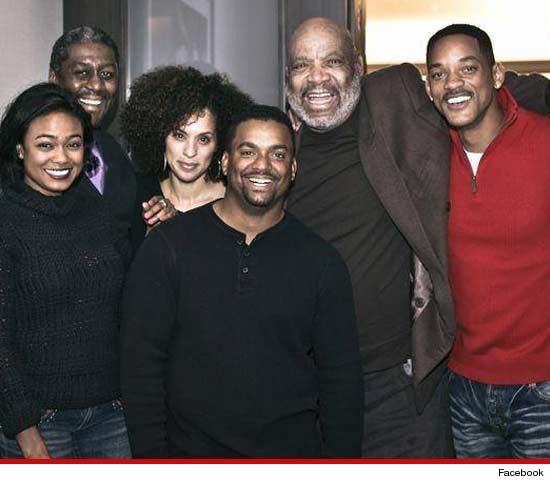 It's been 15 years since "The Fresh Prince of Bel Air" went off the air, but it appears most of the cast members are still friends and actually hang out together.

Will Smith posted this pic of The Banks clan on his official Facebook page, which we're told was taken last week at a luncheon for the charity Sweet Blackberry -- whichKaryn Parsons (Hilary) founded.

While Tatyana Ali, some guy, Parsons, Alfonso Ribeiro, James Avery and a pre-bald Smith were all sharing the love, noticeably absent were the two actresses who played the mom/Will's Aunt Vivian.