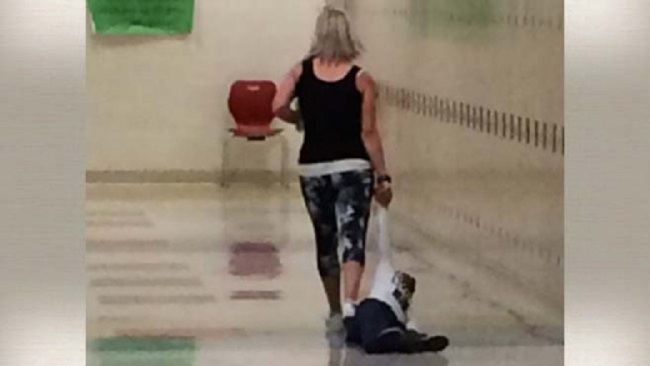 A photo of a teacher mishandling a student surfaced recently that has people outraged but school officials responded quickly to the controversy.

The teacher, an employee of the Alta Care Group, a non-profit that runs a Head Start program, has been fired, CNN reports.

So what exactly did this preschool teacher do?

She was photographed literally dragging a preschool-aged child down a hallway in an image that surfaced on Tuesday.

NOTE:  I would be Dragging Her Down That Same Hallway By Her One Arm...Just had to get that out there!