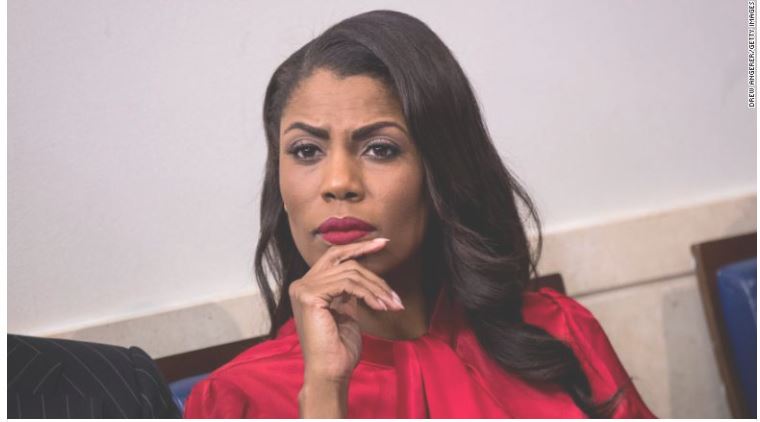 Omarosa Manigault Newman entered the White House as one of President Donald Trump's longest-serving associates, the only person aside from his daughter who'd known and worked alongside him for more than a decade. She was given an office, an assistant and the highest salary afforded an administration staffer.

Those days, she announces with flourish in a new memoir, are over.

Her dramatic divorce from a man she likens to a cult leader is the subject of a salacious, self-serving, mostly unverifiable account of her West Wing tenure, "Unhinged: An Insiders Account of the Trump White House" (Gallery Books, 330 pages). Early excerpts have been denounced by White House officials, who are launching a concerted effort to discredit their former colleague. Asked about his former friend and aide on Saturday, Trump was frank.

"Low-life," he declared during a rain-soaked photo-op with motorcyclists at his New Jersey golf club. "A low-life."

The book is due to be released next week, but CNN obtained a copy on Friday.

In it, Manigault Newman describes a mentally waning, racist and lewd, charismatic but emotionally abusive, man overseeing a conniving cast of aides and family members whose varied goals rarely include the betterment of the nation.

Manigault Newman was previously best known for her polarizing character on NBC's "The Apprentice."

She insists her firing last December was because she knew too much about a possible audio recording of the President uttering a racial epithet, which she claims was the subject of deep consternation among campaign — and later White House — aides. Manigault Newman provides no proof of the alleged recording. She writes she turned down an offer from Trump's daughter-in-law to sign a nondisclosure agreement in exchange for a job on the President's re-election campaign paying $15,000 per month. The book did not include a copy of the nondisclosure agreement, but The Washington Post said it reviewed it. The campaign declined CNN's request for comment.

Manigault Newman, who was in charge of Trump's African-American outreach, also recounts instances that made her re-think her loyalties to the President and the administration, particularly in the wake of the white supremacist rally in Charlottesville in August 2017.

"Donald Trump, who would attack civil rights icons and professional athletes, who would go after grieving black widows, who would say there were good people on both sides, who endorsed an accused child molester; Donald Trump, and his decisions and his behavior, was harming the country. I could no longer be a part of this madness," she wrote.

Manigault Newman, however, remained employed at the White House for several months after the deadly Charlottesville rally and did not leave voluntarily. Her book, and the account it provides of a President who stokes racial tensions for political purposes, comes about one-year after the rally.