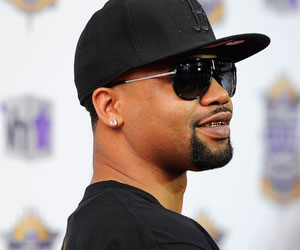 The rapper (real name: Terius Gray) was behind on child support payments upwards of $160,000 to Dionne Williams, the mother of his 13-year-old son.

In documents they published, it shows that Juve had not paid any payments since December 2006; and because of his failure to pay, he faces 90 days behind bars.

However, a judge gave the rapper an option to pay $50,000 immediately, and from there, he can work out arrangements to get current on his balance.

Hours after the report, Juve came forward denying the reports,

Juvenile says....."I ain't worried about a thing, they aint making me look bad. They got to have proof of that sh**,"I don't know where these people be getting their info from but you need to follow up and make sure you got it right before you comment on something. I really don't know where they got that bad info from truthfully. Warrant out for my arrest? I'm all over the city everyday"

So, what does he plan to do now? Juve says his legal team is on it.