DR. CONRAD MURRAY Back to Court to Prove MJ Partly Caused His Own Death 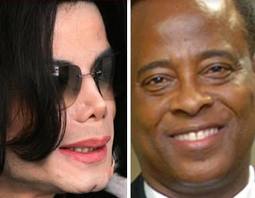 Dr. Conrad Murray is asking the judge in his criminal case to deny Michael Jackson's family full restitution, on grounds MJ caused his own death.

Murray filed legal docs yesterday -- obtained by TMZ -- asking for evidence the defense never received during the trial ... evidence that could show Michael self-administered the fatal dose of Propofol.

Murray's lawyer, Michael Flanagan, argues that in deciding how much restitution the family gets, it's appropriate to consider the victim's responsibility for his own demise.

So Murray will concede he's partly to blame -- he can't argue otherwise because of the conviction -- but he still wants to prove that MJ ultimately caused his own death.

The prosecution is asking for around $100 million in restitution, but the judge hasn't decided on a figure.  But once the figure is set, if Flanagan gets his way and the judge were to decide MJ was 50% responsible for his death, the judge would reduce the restitution award by 50%.