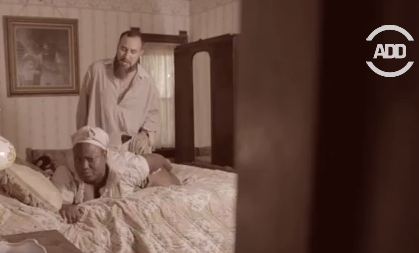 Russell Simmons has removed a video showing Harriet Tubman having sex with slave masters from his YouTube channel following an outcry on Twitter. The clip, titled "Harriet Tubman Sex Tape," was posted on Simmons' ADD (All Def Digital) channel and showed the anti-slavery crusader having sex with her "Massa" in order to run the Underground Railroad for escaped slaves. Following an outburst of outrage on Twitter, Simmons offered the following apology:

"I'm a very liberal person with thick skin," wrote Simmons on GlobalGrind. "My first impression of the Harriet Tubman piece was that it was about what one of actors said in the video, that 162 years later, there's still tremendous injustice. And with Harriet Tubman outwitting the slave master? I thought it was politically correct. Silly me. I can now understand why so many people are upset. I have taken down the video. Lastly, I would never condone violence against women in any form, and for all of those I offended, I am sincerely sorry."

Despite the apology, A-listers continued to chime in: