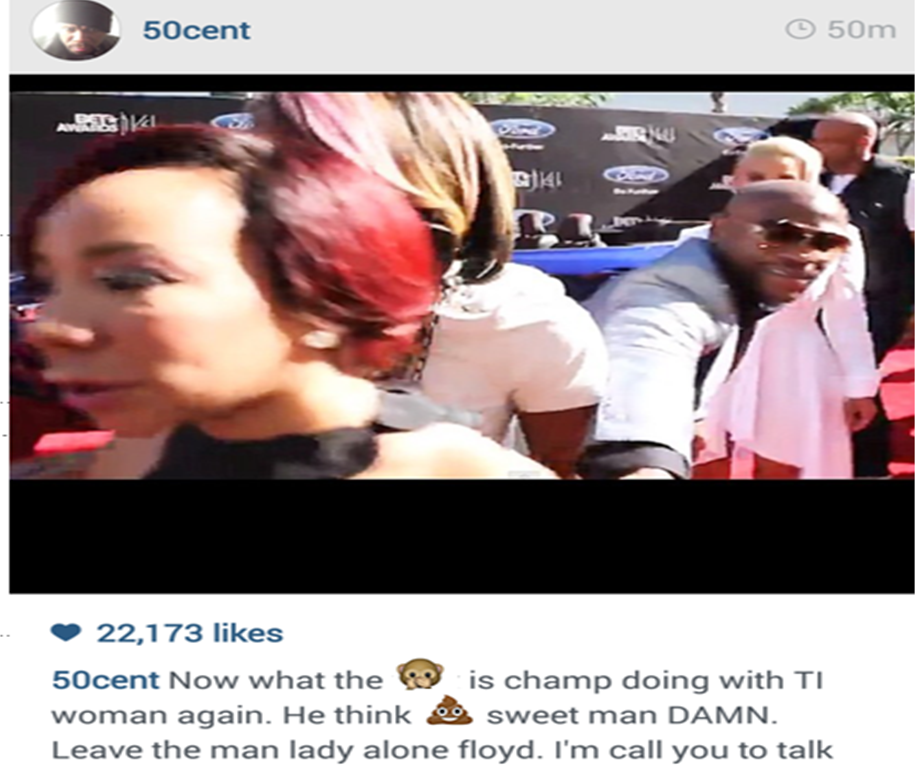 From the picture you can see Mayweather is once again trying to get the attention of T.I.'s wife, Tiny. And 50 cent posted the picture on Instagram calling Floyd out on his behavior.

Tiny was giving an interview on the red carpet when Floyd calls out her name and tries to grab her elbow.

She could have done this to avoid another altercation between her husband and the fighter.  T.I. approached Mayweather about his conduct with his lady last month in Vegas. In turn, Mayweather said some unkind things about Tiny and reminded T.I. of what he did for a living. The fight broke out after that exchange.

You can tell from the picture and the video clip, that Tameka aka Tiny is having non of that with Mayweather, as she walks on by him. She gave him the ultimate "Bye Felicia".

And hopefully 50 Cent can talk some sense into Floyd.