Paul Pierce Headed to the Wizards 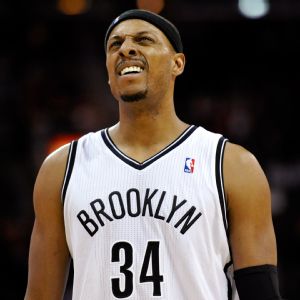 In the wee hours Sunday morning, Paul Pierce was spotted outside the nightclub Hyde at the Bellagio hotel with a hat tilted to the side, an unlit cigar in his mouth and huge grin on his face. Pierce was in a noticeably good mood after making a startling decision that immediately changed the perception of an organization not typically known for attracting future Hall of Fame talents.

With one short message on Twitter — “Obama, [John] Wall here I come” — Paul declared that he felt the Washington Wizards were the team that gave him the best opportunity to continue his pursuit of another championship. The Wizards officially became a destination in luring Pierce with a two-year deal contract worth the full mid-level exception of $10.8 million — and it wouldn’t have happened without a defection.