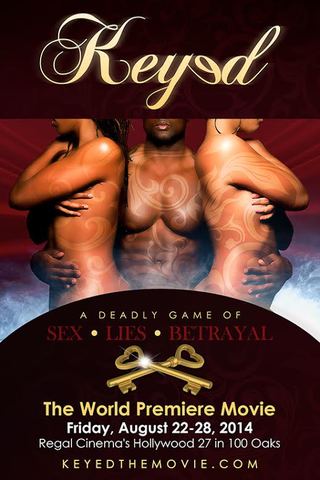 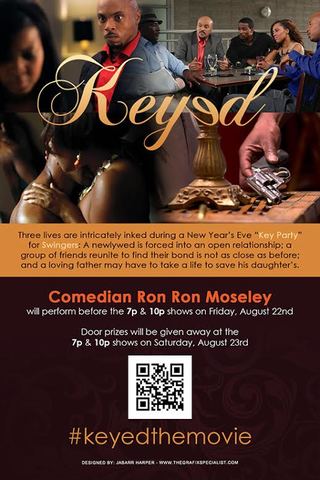 Habakkuk Filmworks has announced the world premiere screening of their self-produced feature film KEYED; which commences on Friday, August 22 through the 28th at Regal Cinemas Hollywood 27 Theater in 100 Oaks.

We’ve worked extremely hard on this project for over a year and to get to this point is such an awesome feeling, words can’t describe it,” says co-producer Sharita Bell.

The opening night will be a star studded event with distinguished guests locally and regionally.  BET Comic View veteran Ron Mosely will host the event with his brand of comedic antics.  There also will be giveaways before and after the screening such as, T-shirts that proudly promote the title of the film, key chains with the very popular website address imprinted and a musical soundtrack that has music from as well as inspired by the movie.

The film has a provocative subject matter that is intriguing as well as issues relevant to today’s society.  The movie takes on a feel of Pulp Fiction, with the sexiness of Basic Instinct.  The synopsis is as follows; three lives are intricately linked during a New Year’s Eve “Key Party” for Swingers: A young newlywed is forced into an open relationship by her star-athlete husband and best friend; an ill-fated club owner reunites with old friends to realize the bond they once shared is in jeopardy; and a loving father has to reconcile his relationship with his estranged brother to save the life of his daughter.

“This story is a rollercoaster ride that doesn’t stop until the ending credits.  I wanted to go the independent route to keep creative control and tell a story my way.  The script is just a blueprint to me, if something doesn’t feel right on set, I discuss it with the cast and my Director of Photography and we make a decision based on what’s best for the project.  A lot of long hours have been put in but it’s all worth it.  We have something special,” says Bell.

RSVP for Keyed the Movie Premiere to add comments!