Diddy held an Easter celebration at his house Sunday with Nas, Snoop Dogg, The Game, Terrence J, Ray J, Skrillex and French Montana all in attendance. Everyone brought their families to enjoy a soul food Easter meal -- fried chicken, ribs and mac 'n' cheese -- and followed up with Snoop slipping into the bunny role.

Uncle Murda continues to take shots at K. Michelle. In a recent interview with Power 105's The Breakfast Club, the Brooklyn bar didn’t have anything nice to say about the singer, who he accused of having hygiene issues or as he called it “that stink coochie."

GUESS WHO: Partynextdoor shared a picture of him holding hands with a former flame and the caption, “After all her shenanigans, still got the R&B singer back in my bed.” Can you guess who? Here’s a hint -- she was recently dating Kyrie Irving and recently attempted suicide (SMH) 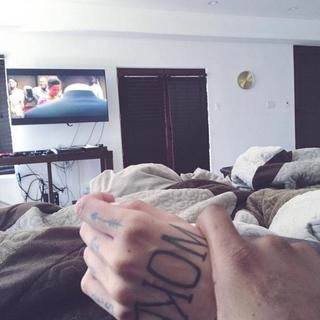