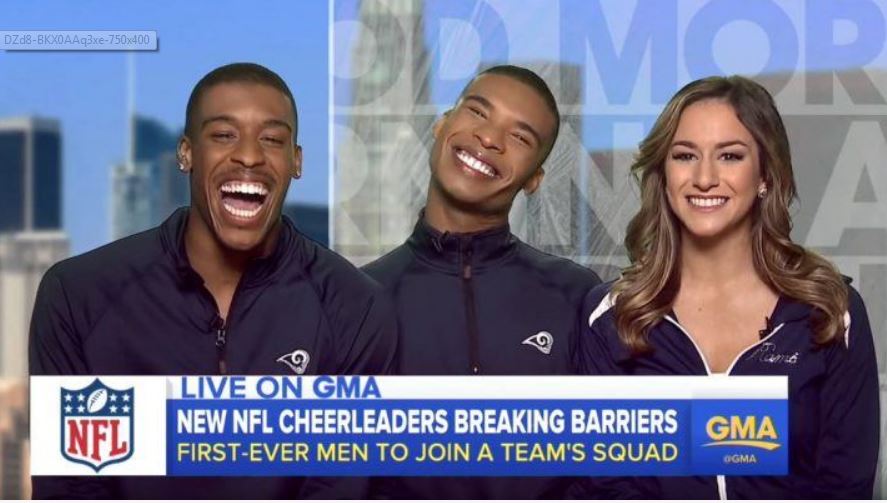 Cheerleaders Quinton Peron and Napoleon Jinnies will be joining the Los Angeles Rams, and Jess Hernandez with the New Orleans Saints.

Still can’t believe I’m one of the first males in history to be a pro NFL cheerleader!” Jinnies tweeted after making the team.

While the Indianapolis Colts and Baltimore Ravens have male stuntmen, these new performers are cheerleaders and will be dancing and cheering alongside their female teammates this season.