Motown: The Musical At TPAC 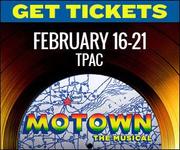 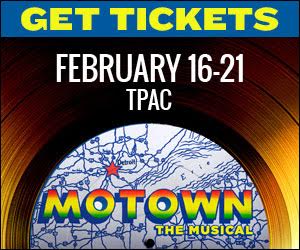 “More than a Broadway show. A celebration of music that transformed America!” – CBS Sunday Morning

It began as one man's story… became everyone's music… and is now Broadway's musical. Motown The Musical is the true American dream story of Motown founder Berry Gordy’s journey from featherweight boxer to the heavyweight music mogul who launched the careers of Diana Ross, Michael Jackson, Smokey Robinson, and many more. Motown shattered barriers, shaped our lives and made us all move to the same beat. Featuring classic songs such as “My Girl” and “Ain’t No Mountain High Enough,” experience the story behind the music in the record-breaking smash hit Motown The Musical!

MOTOWN® IS A REGISTERED TRADEMARK OF UMG RECORDINGS, INC.

RSVP for Motown: The Musical At TPAC to add comments!

I surely could appreciate some good music for my soul!

Would love to go and listen to some good music!!! Would be a wonderful date night!!!

Comment by mamap on February 11, 2016 at 11:26am
I'm old school and would love to have the privilege to attend the Motown Musical, I wanted to see it the second I saw it open in New York. My husband breaths the Temptations and all old school. He would love to be able to go. Thanks for the consideration Jenny.

I would love to come home and go....what a better way to see my friends

Please pick me. I just got engaged & what other better way to celebrate than going to listening to some of my all time favorite jams....

I would love to take my mother to the Motown Musical. This would be a AWESOME mother and daughter night out, being that we love old school music!! By the way Kenny, THANKS for all you do for your listener's!!!!

It would be GREAT for my husband and I to attend this play! We need a night out!!